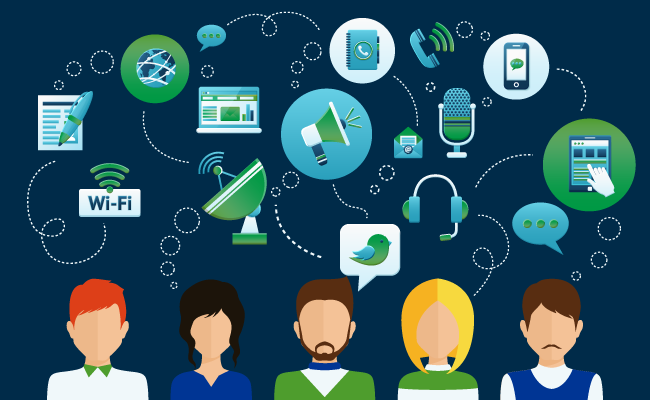 The original idea of the term “integrated marketing” was to “blur the lines that separate creative, media, television, radio, and print,” according to Tony Wright, CEO of marketing firm WrightIMC, on Search Engine Journal. “Then along came digital marketing.”

The result “became a bit muddled,” but integrated marketing is now recognized as a way to incorporate all types of communications to resonate with the audience.

Integrated Marketing is an approach to creating a unified and seamless experience for consumers to interact with the brand/enterprise; it attempts to meld all aspects of marketing communication such as advertising, sales promotion, public relations, direct marketing, and social media, through their respective mix of tactics, methods, channels, media, and activities, so that all work together as a unified force. It is a process designed to ensure that all messaging and communications strategies are consistent across all channels and are centered on the customer.

Here are some examples of integrated marketing campaigns that successfully combine marketing communications and tactics to provide a unified experience.

Businesses can use integrated marketing strategies to connect more efficiently with their audience. Our online MBA helps students gain the knowledge and skills to leverage these opportunities and lead others.

Feminine care brand Always wanted to target the next generation of consumers. The company noticed an opportunity to support girls as they transition from puberty to young women, according to a case study from Design and Art Direction (D&AD), a British charity that promotes excellence in design and advertising.

“We set out to champion the girls who were the future of the brand,” Judy John, CEO and chief creative officer of advertising firm Leo Burnett Canada, told D&AD. “Girls first come in contact with Always at puberty, a time when they are feeling awkward and unconfident-a pivotal time to show girls the brand’s purpose and champion their confidence.”

Research discovered that more than one-half of women claimed they experienced a decline in confidence at puberty. The Always creative team was drawn to the derogatory phrase “like a girl” and developed an integrated marketing campaign to transform it to a phrase of empowerment. The campaign uses television, print and social media, but the centerpiece of #LikeAGirl is a video created by documentary filmmaker Lauren Greenfield. It led to the following results, according to D&AD.

Southwest Airlines has launched an integrated marketing campaign called “Transfarency.” The airline uses television, radio, print and digital assets to demonstrate how customers will pay for things like checked bags, flight changes and snacks and drinks.

The airline has a microsite for its Transfarency campaign that showcases the value customers will receive by choosing Southwest over other airlines. It includes several sections of informational and fun content.

“It’s safe to say that the buzz the campaign has created on both Twitter and Facebook are positive signs,” according to Wright.

The idea was possible because two years prior to AnyWare, Domino’s established Pizza Profiles, which save customers’ payment information, addresses and an Easy Order. The Easy Order is a customer’s favorite food order that includes preferred payment method, order type (delivery or carryout) and address or favorite store.

Domino’s deployed press releases, a national television campaign and more to drive customers to AnyWare.Dominos.com, where they can learn about new ways to order. This successful campaign led to the following results, according to Shorty Awards, a social media awards show. 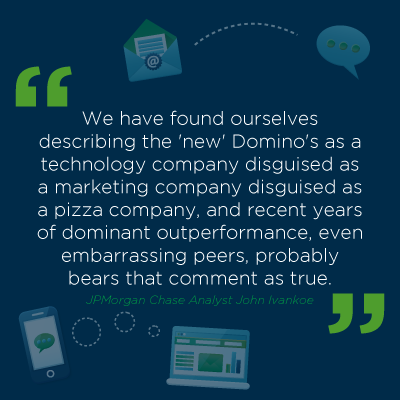 The prologue campaign for “The Martian” movie tried to overturn historically negative box office results for films about Mars. Using an integrated marketing strategy, the goal was to bring the world of the movie to life and foster the same excitement of the Cold War-era space race.

The multiplatform narrative was developed alongside NASA, Microsoft, GoPro, Under Amour, National Geographic and StarTalk. Marketing efforts incorporated social media channels and celebrity endorsements to go along with traditional methods. The videos, apart from the trailers, surpassed 20 million views, and the campaign was honored with numerous awards.

“The Martian” opened No. 1 at the box office in the United States, where it remained for four weeks. It was the second-highest fall opening of all time, was the most successful film ever for director and producer Ridley Scott and earned more than $600 million worldwide. The film won two Golden Globes and garnered seven Academy Awards nominations.

Pursuing a Career in Marketing

Businesses can use integrated marketing strategies to connect more efficiently with their audience. Aurora University’s online MBA helps students gain the knowledge and skills to leverage these opportunities and lead others. The program takes place in a fully online learning environment.