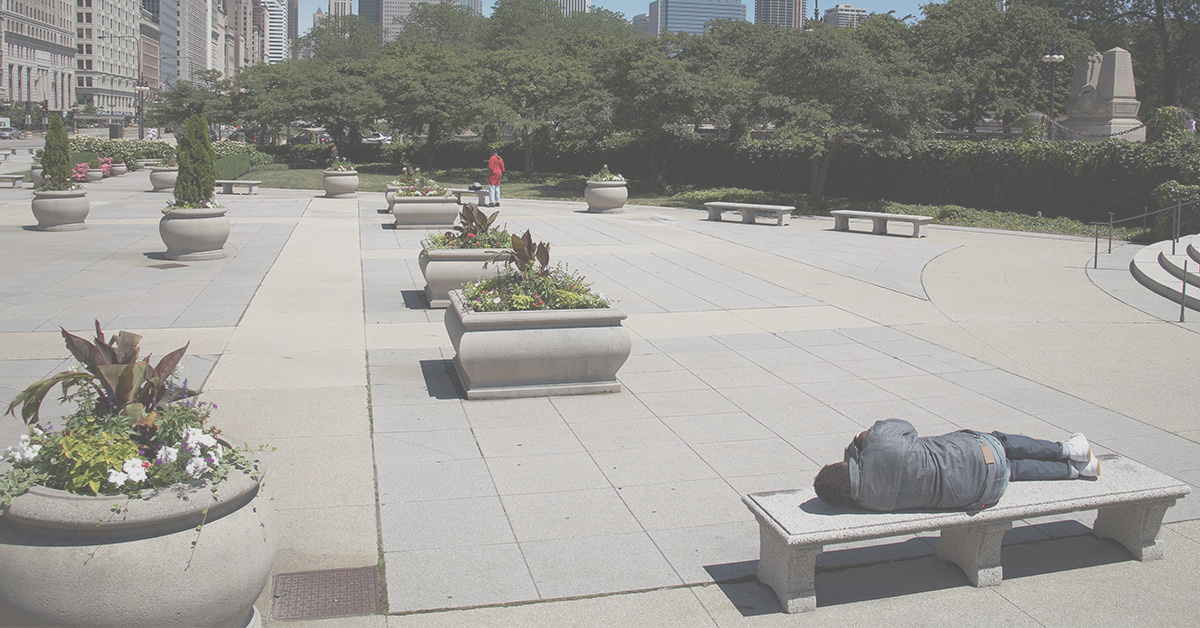 Urban poverty in Chicago is often linked to lack of educational opportunity, poorer health outcomes, income inequality and other factors. Along with other professionals, social workers are focused on helping people in affected communities receive the support they need.

Don Phelps, a professor of social work at Aurora University, discussed urban poverty and how it impacts Chicago.

There are many definitions for poverty and urban poverty. “Poverty in general just basically means there’s some lack of resources such as drinking water, food, shelter,” Phelps said. “Some people expand poverty to include lack of access to education or health care, voting, democracy, political power, representation.”

According to Phelps, urban poverty originated with the Industrial Revolution.

“When there is a lack of jobs in rural areas, people start migrating to the city to find work,” he said. “What happens then is you get a bunch of poor neighborhoods surrounding a city where people have moved from rural areas looking for opportunities, but haven’t found work or have only found low-wage jobs. We saw that with the Industrial Revolution with people coming over from Europe and also people moving from rural areas in the South to northern industrial cities. That phenomenon still happens today.”

Approximately half of residents in Chicago were considered low income or in poverty for 2015, according to a report from Heartland Alliance, a leading anti-poverty organization.

Causes and Effects of Urban Poverty

Several factors can cause and/or result from poverty in urban communities. Phelps commented on a few of these issues.

Lack of Education and Training Opportunities

Unskilled workers must acquire skills to become more employable. “Another reason why there’s poverty is people don’t have the education or skills to be able to obtain the job that they would be able to pull themselves out of that,” Phelps said. “We have to look at ways in which we can help these poor communities or neighborhoods in Chicago. They’re primarily concentrated on the west and south side. We have to look at ways to provide help with their schools.”

The Cycle of Poverty

Phelps mentioned how cultural poverty or the cycle of poverty is associated with the cause of urban poverty in Chicago. People grow accustomed to living in poverty in a sense of learned helplessness.

“If you are in a horrible situation and you see no way out, you basically then accept that bad situation,” he said. “You give up trying. You give up hope. You just learn this is the way it’s always going to be. If you grew up watching your mom or your grandparents … living in the housing projects in Chicago and they weren’t motivating you to go to school … then you just buy into those values.”

Some people believe that poverty in Chicago exists because people don’t have enough mentors or role models to encourage them, help them develop skills or even give them the opportunity to learn. 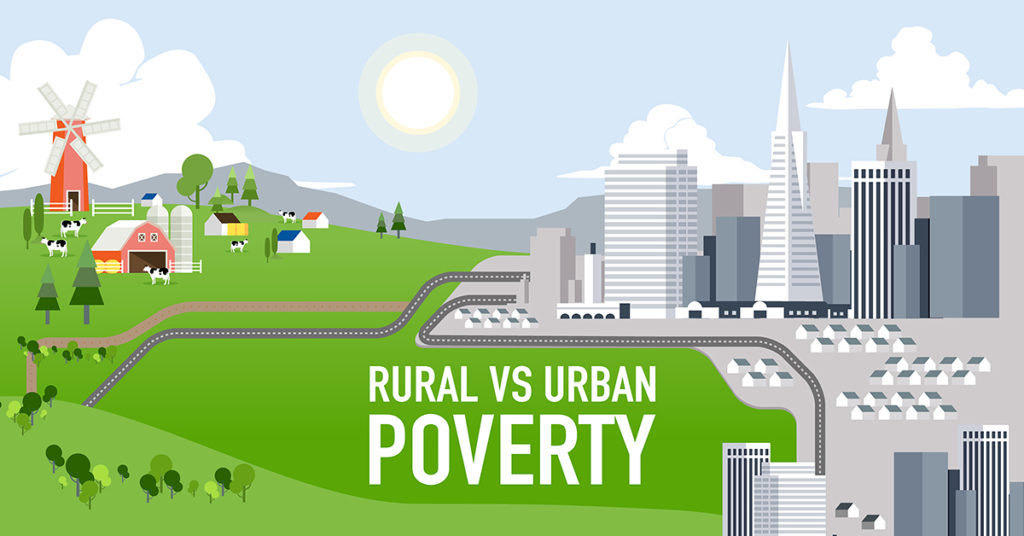 Click the preview above to learn more from our Rural Vs Urban Poverty infographic.

Some people believe that the system is rigged. Phelps pointed to John Rawls’ book, A Theory of Justice, to illustrate the inequality that people face. Rawls held that some people don’t begin on the “starting line” in life; some people are way ahead (those born into money) and others are way behind (those born into poverty).

“We don’t choose who we’re born to,” Phelps said. “It’s not because of my work ethic that I was born to a single mom in Englewood. It’s the luck of the lottery. Any of us could be born into that situation. Oftentimes, people feel like the system is rigged because they’re starting way behind the starting line.”

There is controversy over whether society owes people who start behind the line services or other types of help. “Some people believe … we don’t owe you anything. That’s the hand of cards you were dealt, so you just play them to the best of your ability,” Phelps said. Others realize they have advantages like a wealthy family in a nice suburb with great schools. They “believe we should do some things to help out people who were born in the housing projects in Chicago who really need a hand to be able to get ahead,” Phelps said.

Segregation by race and even class has contributed to poverty in Chicago. When the middle class pulls out of communities due to crime, businesses (and jobs) also exit. “By disinvesting in those communities, it’s created a higher level of unemployment,” Phelps said.

In fact, a July 2017 report named the Chicago metro area the second most segregated city in the country. “African-Americans are very segregated in a handful of communities on the south side or west side,” Phelps said. It is easier for people, businesses and institutions “to leave that specific area because they can go to another neighborhood where it’s more profitable.”

As an example, Phelps said some health care providers are reluctant to open clinics in communities like Englewood because most of the patients are covered by Medicaid, and they may face obstacles with receiving payment from the government.

The Need for Social Workers

Clearly, poverty is not a simple issue. “I want to make sure people are aware that not only is the problem complex, but the solution is complex too,” Phelps said. “It’s not just one quick fix.”

Aurora University stresses a strengths perspective in its social work curriculum. “We’re not blind to the problems the person’s having, but we’re also going to assess their strengths, and if you continue to build on their strengths, the deficit areas will get less,” Phelps said. Social workers partner with individuals or organizations to collaborate on a strategy or treatment plan for moving forward.