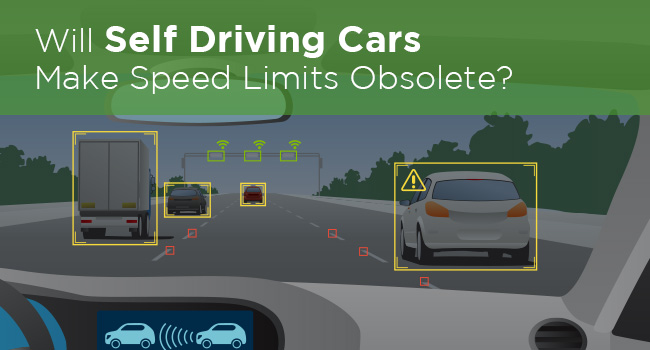 Self-driving cars may change road safety in a drastic way.

The immediate reason for the critical pre-crash event in almost all light vehicle crashes is assigned to the human driver, a survey from the National Highway Traffic Safety Administration (NHTSA) found. Human error and distracted driving contribute to the millions of people each year involved in motor vehicle crashes, which is the leading cause of death for U.S. teens, the Centers for Disease Control and Prevention says.

Autonomous cars have the “potential to change not only the way that vehicles operate, but also the way we at NHTSA regulate them,” former NHTSA administrator David Strickland said, according to Wired. “Most of NHTSA’s safety standards assume the need for a human driver to operate required safety equipment. A vehicle that drives itself challenges this basic assumption.”

“While the goal of police and law enforcement is to reduce and prevent serious crime, much of their actual day-to-day work involves enforcing traffic rules and responding to accidents,” says Jay Zagorsky, research scientist for the National Longitudinal Surveys. “Self-driving cars would mean far fewer police would be needed for these tasks.”

Autonomous cars are programmed to obey all traffic rules. The most common reason people get pulled over for a traffic violation is for speeding. But with self-driving cars, police aren’t needed to enforce speed limits, illegal turns and other traffic infractions. “More than half of all contacts with the police are related to vehicles,” Zagorsky says. He estimates that half of law enforcement professionals could be eliminated when self-driving cars take over the roads.

Of course, some laws will remain the same. Police will still be able to pull over a self-driving car if passengers are not wearing seat belts. This is also the case for equipment violations and cars reported as stolen. However, many potential traffic stops will be undermined by autonomous cars.

The Google Self-Driving Car Project boasted that it hasn’t received a ticket in 1.2 million miles of autonomous driving. A Google Autonomous Vehicle was pulled over in November 2015 for driving too slowly, unaware of a section of the California Vehicle Code. “Driving too slowly? Bet humans don’t get pulled over for that too often,” the company said in a Google Plus post.

The expected impact of fewer traffic stops and fewer police officers patrolling the roads is mixed.

Politicians and taxpayers will be happy with reductions in spending. More than $100 billion is allocated to police protection for citizens, and billions more go to retired officers’ pensions and health care, according to Zagorsky. He also points to how self-driving vehicles will reduce officer deaths. Since 2004, more than 600 officers have died in accidents.

On the other hand, the public presence of police is a deterrent to crime, and traffic stops lead to uncovering more serious crimes. Lt. Dan Fink of the San Rafael Police Department in California says that “proactive police work is the backbone of any good agency.” Self-driving vehicles can potentially change an officer’s ability to solve a serious criminal case via a traffic stop. The same applies to pretext stops conducted in narcotics and intelligence investigations to identify those suspected of criminal activities.

“Self-driving cars will be ready before our laws are,” writes Nathan Greenblatt in the IEEE Spectrum.

Several hurdles are in the way of autonomous cars becoming commonplace in the United States. Greenblatt cites potential large-scale and costly lawsuits between drivers and auto manufacturers, changing safety standards, antiquated public policy that is directed toward human drivers and questions about privacy stored by self-driving cars. Although lawmakers are supporting autonomous cars, they have been vocal in expressing their concerns about cybersecurity.

In early 2016, self-driving car proponents asked for national laws to guide the auto industry. However, the NHTSA announced in July that it would have no say in additional regulations implemented by individual states on top of federal regulations for fully autonomous cars, which are expected in August, according to Business Insider.

As the development of self-driving cars reaches full speed, regulations may limit how soon and how widely autonomous cars are ready for use. Legal implications remain unclear.

Developments like self-driving cars have the potential to change the way law enforcement professionals work. Aurora University’s online Bachelor of Arts in Criminal Justice equips current and future criminal justice leaders with the knowledge and skills to work effectively in fields such as law enforcement, corrections, courts, probation, parole and private security. The program takes place in a fully online learning environment.